Celebrating the 20th Anniversary of “Hearts of Gold.” 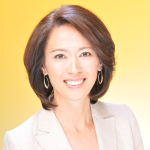 Hearts of Gold (HG) marked its 20th anniversary on October 10, 2018. At its inception, my wish was to support children and people in the devastated area and developing countries through sports and education to be independent.
Participation in “the 1st Angkor Wat Half Marathon (AWHM)” in 1996 was the start of HG’s activities in Cambodia. The purpose was to make an appeal for the elimination of antipersonnel landmines, save landmine victims, and give support children’s health through charity marathons. In the following year, Cambodia faced political instability, which threatened the AWHM from taking place. However, the organizers managed to hold the 2nd AWHM, and the first and second Prime Ministers at the time attended the event. Their appearance through media convinced the world that Cambodia’s national security was in its place. This episode made me realize the significant roles and possibilities the sports events have on society.
After that, while supporting the management of the AWHM, HG trained the local staff on how to run the event, and the whole operation was transferred to them in the 18th AWHM in 2013. Now, over 10,000 runners take part in the AWHM, and it has grown to be an international charity marathon loved by people all over the world.
In 2006, by request of the Cambodian Ministry of Education, we helped to implement physical education programs in elementary schools. We faced various difficulties due to the lack of full-scale P.E. programs. However, the Ministry of Education officer, who had a passion for reconstructing the nation, and the HG staffs, solved each problem one-by-one and proceeded with the project as carefully as possible. This project attracted attention as a rare case of international cooperation through sports conducted jointly by the public and private academic entities. Under the partnership, we supported making an education guideline and teachers’ manual and spread them to throughout the educational site. The project was taken over by the Cambodian Ministry of Education in September of 2016. Also, the idea of Sports Day became part of the P.E. program.
Also, we made the educational guideline for P.E. for junior high schools in 2016. Even today, we are continuing to make progress in the project for creating teachers’ manual. The goal of P.E. programs in Cambodia is not only to acquire skills and know-how, but also to teach and learn collaboration and demeanor. I’m proud that HG took part in the process of nurturing “sound body and enriched mind” children and students in Cambodia.
In Siem Reap, to support orphans to acquire independence as they grow older, we have been operating a foster care program, “New Child Care Center.” The funds come from the HG “Heart Parents” program in Japan. As per the request of the center, Japanese language classes are given in Chai Primary School and BBU. By learning Japanese, many Cambodian youths have become a bridge between Cambodia and Japan in their home country, and they are moving towards independence.
To realize the “development of Cambodia by Cambodian people,” building human resources is an essential factor. In the Japanese language, “education” is written as “教育(Kyo-iku),” meaning “teach and nurture,” but I believe “learn together and advance together” is most important. As we celebrate the 20th anniversary, we send our appreciation to our members and supporters for working with us in achieving our goals, and we hope to continue to learn and expand together.